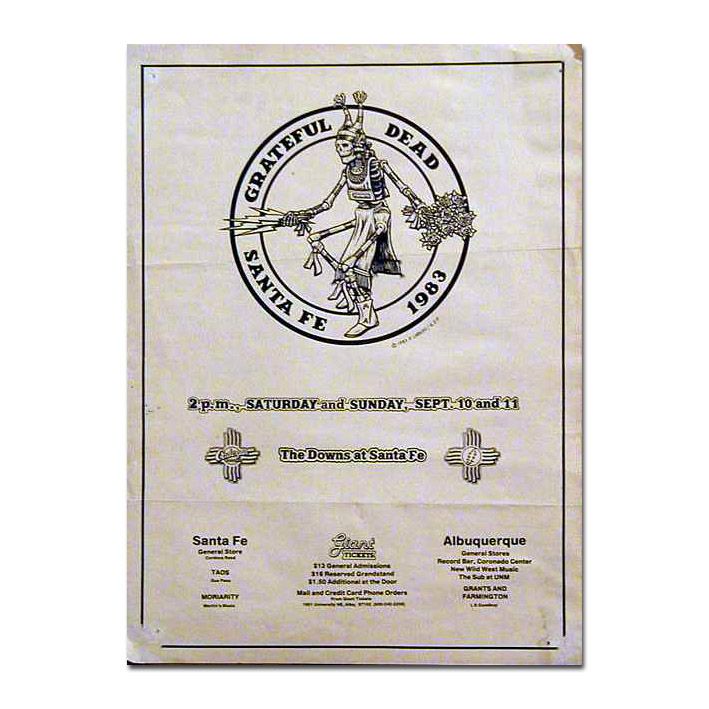 ---Thank you Dankseed for all your work on the SBD.

---Thank you Keith Litzenberger for providing your DAT of the AUD.

---Thank you Mike Watson for your transfer of the AUD source.

Reviewer: Augy - favoritefavoritefavoritefavoritefavorite - March 17, 2015
Subject: One of my all time favorites!
This show is one of my particular favorites (out of a total of ~211); that is along with the previous day. Since I went off on that review, I'll just say, it's definitely a well deserved 5!
Meaning, far too often do folks, even perhaps on occasion myself included, without careful consideration regarding some less than stellar performance for which, submitting a 5 is an exaggeration; stemming from their having not heard stuff like this, and their general discomfort with being seemingly too harshly critical! When of course, the simple facts are obviously virtually always both the case that namely, we all know so well how the tunes we all mostly love so much, that naturally we can't help but enjoy them virtually always; and needless to say almost none of us ourselves would in reality could we even hope to try in the first place, come nowhere close to doing half as well, much less any better!
Yet even so, moreover indeed should one limit any comparison, if not being the only type with considerable validity; one of the few ways, that's really fairly meaningful and reliable, under which to submit a rating namely; to those closely contemporary to the one in question! In that light nevertheless, as I said in depth somewhere elsewhere if not for the previous day; I have an acute affinity for 1983 in general!
(Although it has to be in hind sight because of course at the time who could say, perhaps not even the band members themselves, whether or not the following would to turn out to be true.) Namely, that their particular extraordinarily wonderful combination of each individual's chosen equipment would virtually only span little more if any, the length of 1983! (Meaning since I wasn't at most of the '82 fall shows except at the very end, nor at most of the earliest '84 shows either) Yet, (one would like to assume it was/is a matter of course), that that's not to say on the other hand, that virtually if not all other combinations, did I noticeablely find distasteful). Just that the 1983 combination was most outstandingly dreamy!
Reviewer: jjg4762 - favoritefavoritefavoritefavoritefavorite - September 8, 2013
Subject: Thank you to tapers
Thank you to tapers for all your hard work. I can't say enough about this late summer tour. Every night they were on fire.

Uploaded by Matthew Vernon on September 7, 2013